Whether you’ve finished today’s Wordle (maybe while being judged by WordleBot) or want to shake up your routine with a new game, there are plenty of others you can play.

You’ve likely already learned some tips, tricks and lessons from the popular word game, so why not apply your newly honed problem-solving skills to other puzzles, too? After all, Wordle isn’t the only game in town. Here are 23 puzzle games to play while you wait for tomorrow’s Wordle.

Are you up for a challenge? If you love Wordle and want a puzzle game that takes more brain power, you’ll want to check out Quordle, Octordle, Dordle and Sedecordle. Each of these four word games look very similar to Wordle, but add more rows, columns and words to solve. Dordle requires you to solve two words at once. Quordle, four at once. Octordle, eight, and Sedecordle a whopping 16. Good luck.

You can play Quordle, Octordle, Dordle or Sedecordle on any web browser.

This Wordle remake gives you six tries to guess a five-letter word but with a slight tweak. Word Master uses gray, yellow and green blocks in the same way as the original. How is it different from Wordle? Word Master offers unlimited games so you don’t have to wait 24 hours.

You can play Word Master on any web browser.

Hello Wordl — another Wordle remake — gives you six tries to guess a word and uses the same colored blocks to track your progress. In addition to unlimited games, Hello Wordl also lets you change the number of letters in the word you’re guessing. Guess a four-letter word or use the in-game slider to go all the way up to an 11-letter word. You still get six chances to guess no matter how long a word is, though.

You can play Hello Wordl on any web browser.

Before you play Lewdle, the game’s content advisory reads, “Lewdle is a game about rude words. If you’re likely to be offended by the use of profanity, vulgarity or obscenity, go play Wordle instead!” Translation: It’s Wordle, but with bad words. The words range from mild — like poopy — to words that would make a sailor blush. However, despite the numerous bad words the game pulls from, slurs are not included. Like Wordle, you get six tries to guess a five-letter word; gray, yellow and green blocks are used in the same way; and there’s only one puzzle per day. Go forth and let the bad words flow!

You can play Lewdle on any web browser.

Absurdle bills itself as the “adversarial version” of Wordle. While Wordle nudges you in the right direction with each guess, Absurdle “is actively trying to avoid giving you the answer,” according to the game’s website. Absurdle doesn’t pick a word at the beginning of the game for the player to guess. Instead it uses the player’s guesses to narrow its list of words down in an effort to make the game go as long as possible. The final word might not even include a yellow letter from one of your earlier guesses either. You can guess as many times as you want, which is helpful, and the best score you can get is four guesses. Have fun!

You can play Absurdle on any web browser.

Sure, Wordle is fun, but what if there was a crossword element to it? Enter Crosswordle. In this Wordle-inspired game, you have to figure out two words of varying lengths that intersect with each other like a crossword puzzle. The gray, yellow and green color blocks are the same, and there’s one puzzle a day. However, it looks like you can guess as many times as you want until you either get the words or give up. Unlike other Wordle-based games, Crosswordle lets you create your own custom Crosswordle puzzle to share with your friends. Here’s one I made. If Crosswordle wasn’t hard enough, the Settings page shows the developers are working on a Hard Mode.

You can play Crosswordle on any web browser.

Tired of seeing those green blocks plastered all over your social media feed? Give Antiwordle a shot. Where Wordle wants you to guess a word every day in as few tries as possible, Antiwordle wants you to avoid the word by guessing as many times as possible. When you guess, letters will turn gray, yellow or red. Gray means the letter isn’t in the word and can’t be used again, yellow means the letter is in the word and must be included in each subsequent guess and red means the letter is in the exact position within the word and is locked in place. If you can use every letter on the keyboard and not get the word right, you win. It sounds easy, but I’ve found this version of Wordle to be much harder than the original.

You can play Antiwordle on any web browser.

Lordle of the Rings is for the Tolkien fan who wants in on the Wordle fun. The gray, yellow and green blocks are here, and players have six tries to guess a five-letter word from the main Lord of the Rings text. Possible guesses include places like Rohan, well-known characters like Frodo and Smaug and lesser known characters like Turin, Hurin and Idril. There’s only one puzzle a day, but you can play that puzzle more than once in the same day if you want.

You can play Lordle of the Rings on any web browser.

If you are more of a numbers person, Primel is for you. In this game, you get six tries to guess a five-digit prime number. The gray, yellow and green color blocks are back, and you only get one puzzle a day. What makes this game even more frustrating though is the game only accepts prime numbers as guesses, so that alone is difficult. Throw in the Wordle aspect and you’re sure to be scratching your head.

You can play Primel on any web browser.

You can play Nerdle on any web browser.

IYKYK is a combination of Wordle and the card game #CultureTags and was made by the same team behind #CultureTags, too. In this game, you are given an acronym and have to figure out the acronym in three guesses or less. You are given the first letter of each word, how many letters are in each word and a hint after your second guess, and the green, yellow and gray blocks make an appearance here, too. While this game is based off #CultureTags, the acronyms used in that game aren’t repeated in IYKYK.

You can play IYKYK on any web browser.

Don’t like words or numbers? Give Worldle a shot. This geography-based Wordle spinoff gives you six tries to guess what country or territory is shown. Instead of gray, yellow and green blocks marking letters or numbers after each guess, you see distance, direction and proximity percentage, like a game of hot and cold. For example, if you guess Chile, Worldle might show you 13,557 kilometers and an arrow pointing northeast with 32%. This means the correct country or territory is 13,557 km to the northeast of Chile and there is a 32% proximity rate. Translation: You’re cold. There’s only one puzzle a day, and there are options to make the game harder by either not showing the country or rotating the country shown randomly.

You can play Worldle on any web browser.

Can you guess a song just from listening to the first few seconds? Heardle is for you. In this game, a song is chosen from a list of popularly streamed artists, one second of the song is played and you have to name the song. You have six guesses, and more of the song is unlocked with each wrong guess. You can skip a turn, too, and that also unlocks more of the song. Once you’ve solved or missed the puzzle, a timer will show how long until the next puzzle.

You can play Heardle on any web browser.

Are you a gearhead who can tell the difference between a ’55 and a ’57 Chevy Bel Air? You should try Name That Ride. In this game, you have 20 seconds and six guesses to name the vehicle in the picture, as more of the image reveals itself. When you think you know what vehicle is in the picture, you click Guess — which pauses the timer — and type in your answer. There’s a preset list of cars, so even if you aren’t sure of a car’s year, you can make an educated guess.

You can play Name That Ride on any web browser.

Lookdle is similar to Name That Ride, but this game has you guess which famous person is shown in a pixelated picture. You get five guesses, and with each wrong guess the picture comes more into focus. There is also a preset list of names you can choose from, but the list doesn’t have every famous person in it. That can be good since it narrows down who can be in each picture, or it can be bad because who you think is in the picture might not be an option.

You can play Lookdle on any web browser.

What kind of list of word games would this be without this classic? Words With Friends plays like a virtual game of Scrabble and is still popular more than a decade after its original launch. You and your opponent, either another person or the computer, get letters and make words on the board for points and whoever has the most points at the end wins.

You can download Words With Friends from the Apple App Store, Google Play Store or play it in any web browser.

Word Forward is like Boggle but with power-ups and tools to help you. You play on a five-by-five board of letters and try to make words with those letters. When you make a word, the used letters vanish. You keep going until you clear the board. If you get stuck, you can use your power-ups and tools to eliminate some letters or jumble the board to replace the letters with new ones.

Wordscapes is a mix between Boggle and a crossword puzzle. You are given a bank of letters at the bottom of your screen and there’s a crossword puzzle at the top. You make words with the letters in your bank and fill out the crossword with them. Once you complete the puzzle, you’re rewarded with a nice landscape picture.

You can download Wordscapes from the App Store or the Play Store.

Kitty Letter is a word game from the creators behind The Oatmeal and Exploding Kittens. In the game, you unscramble letters to make words which then turn into armies of cats. What do the cats do? They attack either the player or computer you are playing against, as well as defend your home. It’s an absurd tower defense game where your words create legions of cats willing to fight on your behalf.

You can download Kitty Letter from the App Store or the Play Store.

In SpellTower, letters rise from the bottom of the screen and you have to assemble words as quickly as possible. Each word you make eliminates the used letters, and if any letter reaches the top of your screen the game ends. It’s like Tetris in that regard. There are also 10 other game modes, including Search Mode, where you try to find the longest word using specific letters.

You can download SpellTower from the App Store or the Play Store. You can also get it on Apple Arcade — there’s a subscription fee for the service, but you’ll get this and other games ad-free and with in-app purchases already unlocked.

For more word game fun, check out CNET’s Wordle tips, the best Wordle jokes and how to play past Wordle puzzles. If you haven’t downloaded Wordle yet, here’s how you can do it today. 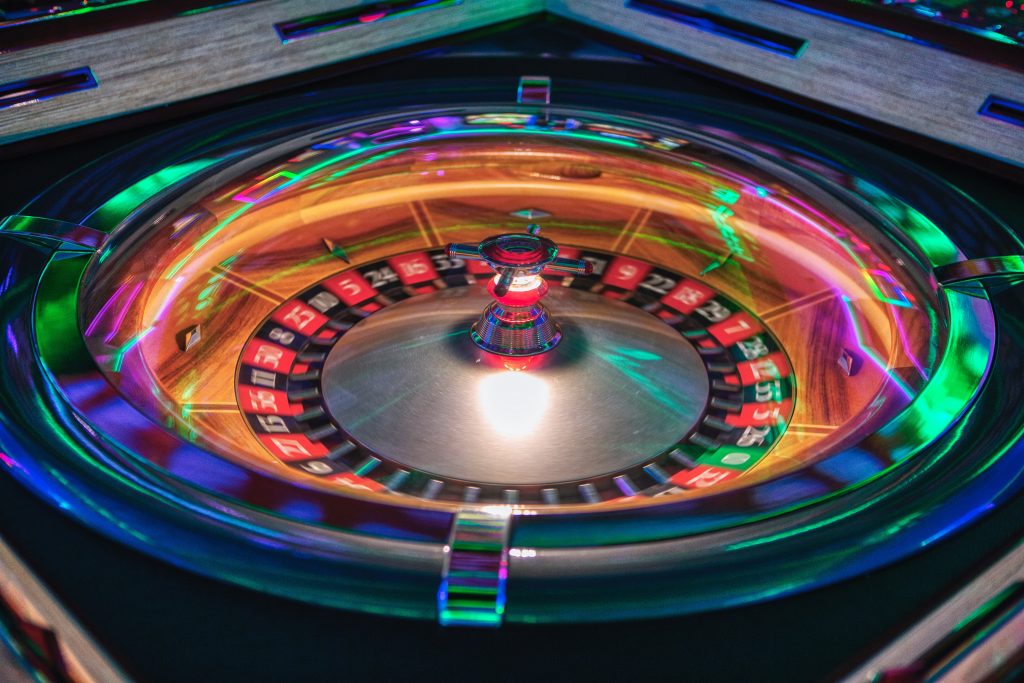