The Ultima series of role-playing games has been foundational for videogames not once, but at least twice. The original series pioneered a path that western RPGs would follow for decades, and Ultima Online was the proving grounds for many of the best ideas and solutions in MMORPGs today. Now the series’ creator is going for the hat trick: Richard Garriott, known to Ultima fans as ‘Lord British,’ is making another MMO – but this time, it’s going to be built using blockchain technology.

Garriott is working with long-time collaborator Todd Porter, and the pair say they’re well aware of the problems crypto brings with it, both in terms of the technology itself and its reputation with players.

“There’s not really any good NFT games right now, in my opinion,” Porter tells us. “I’ve not seen anything that I felt has really held up any gameplay.” Garriott agrees, and says part of that is down to the fact that it’s still early days – there hasn’t been enough time since NFTs became a major fad for anyone to develop a strong title based on the technology.

Garriott’s and Porter’s approach to designing a game with blockchain is different from others we’ve seen, but the existing experiments haven’t gone particularly well so far. Hackers absconded with $600 million worth of Axie Infinity NFTs in March, and NFT marketplace objkt.com records 27 total sales of Ubisoft’s Quartz NFTs, which it minted for Ghost Recon Breakpoint a few months prior to announcing the end of new content development. (Ubisoft, however, appears undeterred.)

The game Garriott and Porter are working on is in the early stages of production and doesn’t have an official name yet, but it’ll be a modern spin on the familiar Ultima format – a top-down, isometric fantasy RPG. Porter says they’ve secured traditional sources of funding for the game’s development, but will supplement that with an NFT-based land sale. Players interested in owning part of the game will be able to purchase specific chunks of it as NFTs.

The concept art Garriott and Porter shared with PCGamesN shows detailed square plots of land that look like they’ve been dug up and lifted off the surface of a miniature fantasy world, complete with layers of topsoil and the underlying rock. Some concept art even shows the land packaged in attractive gilt gift boxes.

Owners will be able to build shops or inns on their property, or even create a portal to a dungeon level they’ve created.

“Not only that, but the economics of that thing benefit you directly” under this system, Garriott says. “For example, if you happen to be the owner of an NPC-run pub in town, you could get the economic reward just by virtue of having helped it come into existence.”

The plan is to give landowners and proprietors a high degree of control over what’s available on their plots of land. A blacksmith’s shop might offer unique sword designs, drawing players from around the land willing to spend lots of coin. That could have a knock-on effect of making adjacent plots more commercially valuable as well.

If that sounds a bit like creating a crypto-backed owner class of in-game landlords, Garriott says that’s not really a new phenomenon in games. Ultima Online famously developed a lively secondary market for items and, notably, housing plots in high-traffic locations.

“In Ultima Online, when people started buying and selling shops on eBay, we had to go through the trouble of going like, well, how do we feel about it? Do we want to stop it, because we haven’t guaranteed that the sale will actually be persistent? And we’re not getting anything out of it,” Garriott explains. “All we get from people trading items is risk and complaints. [Using blockchain] is a way to just clarify the economics in a way that is very fair and consistent between the players who are buying, selling, and trading these virtual assets.”

The value blockchain adds, as Garriott and Porter explain it, is that it provides a unified system for players to become financially involved in the game, from what is traditionally the crowdfunding stage through to the post-launch live service phase. In the past, developers and publishers have had to rely on a small constellation of separate platforms to handle the various stages of fundraising and monetisation – Kickstarter for raising capital, eBay for grey market player trades, Steam or another storefront selling the game itself.

“[Using blockchain] lets us unify that whole path,” Garriott says. “It lets us make sure that path is persistent and could be managed outside of our games when people say they want to be trading things on, hypothetically, eBay or some other crypto exchange or within the game. Fundamentally, we should be agnostic, which we are in this case.”

Porter and Garriott say they understand the scepticism with which players have regarded many crypto-based games to date – these are misgivings both men say they’ve shared. The design of their as-yet-unnamed MMO is informed by that scepticism, they say, and the game isn’t meant to get more people involved in the crypto ecosystem. Garriott says there are still too many problems with it to expect players to want to interact with it at all.

“I happen to be a cryptocurrency investor myself,” Garriot says. “I find investing in it to be incredibly complicated and difficult. So we have no illusions to think that we want to expect players to know or care or think about the blockchain. We will handle all that behind the scenes.”

“Blockchain has the same issue with gas [the fees associated with trades] that we do in the real world: it’s getting more and more expensive,” Porter adds. “So it would be impractical for us to design a game where every object was existing on the blockchain – it would be cost-prohibitive.”

Garriott says he hopes the system will ultimately reward players who decide to build and create new content and experiences. “If you make a play space that’s super popular, well, I hope you make a lot of money at that, because that means we have a lot of happy players in there,” he says. “So that’s really where our mind is going: how can we provide direct value to players that is purposefully monetised in real dollars regularly. It’s when they’re contributing to the actual fun factor and the actual acquisition of players.” 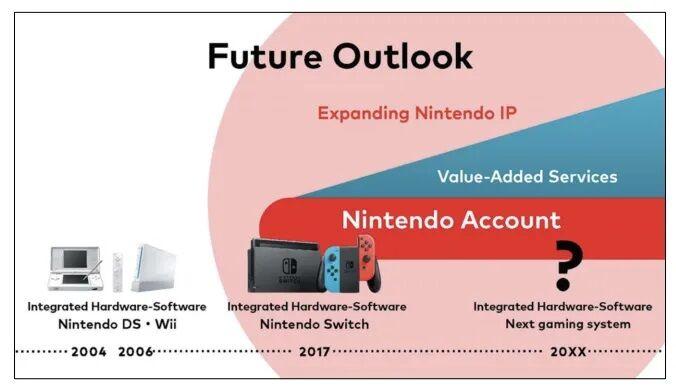